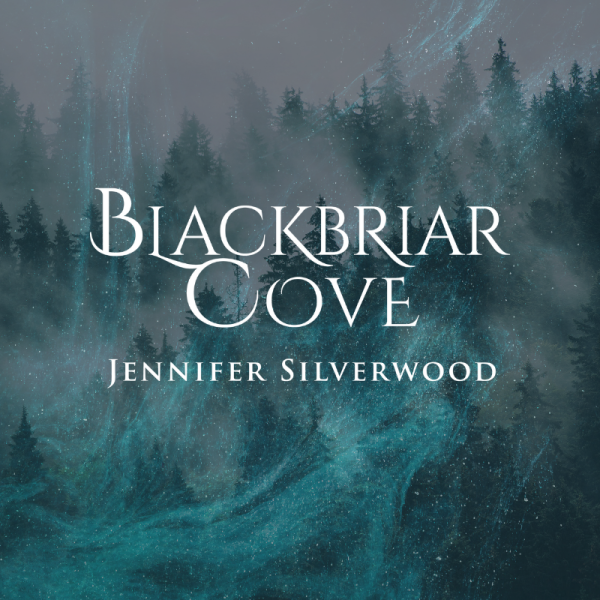 Today, (to keep myself accountable 🙂 I'm sharing my final Tuesday Teaser for Blackbriar Cove. I'm about to ship off my manuscript to my editor and finally fix a release date, and all that jazz. Wish me luck! Meanwhile, I hope you are able to find escape for a few minutes today. Let me carry you with me to a world of magic and danger. I promise to deliver you safely back to reality when we're done. 😉

It wasn’t as though Jo had forgotten who and what they were. But life as a human had been easier in so many ways. Faye never quite let her forget, and the life their parents presented for Amie’s sake had been false. But there had been moments when Jo could close her eyes and almost believe.  Faye had at least the presence of mind to pretend a while longer, until Jo could put Amie under. The spell wouldn’t last much longer, because Faye was barely under control, and Jo was weakening.

I hope today finds you in a good place. I hope you've enjoyed the sunshine wherever you are in the world, and that you're hanging in there one day at a time. Let's "keep swimming" and meanwhile, enjoy this week's sneak peek inside Blackbriar Cove.

Welcome back to another Tuesday Teaser, y'all! As some of you may already know, I was forced to put my plans for Blackbriar Cove on hold after the hellacious 2020. However...I'm excited to report I'm back on track with my second draft and plan to publish this year! Besides that, I'm also drafting a new,... END_OF_DOCUMENT_TOKEN_TO_BE_REPLACED

Hey friends 🙂 Anyone else ready for Fall yet? I have my orange Halloween lights up, because technically, it's almost Fall...right? Okay, I couldn't wait any longer. And part of me believes if I begin decorating at least with orange and other Fall goodies, maybe the weather will finally cool off. I hope you're finding... END_OF_DOCUMENT_TOKEN_TO_BE_REPLACED

Today's #teasertuesday was brought to you by the those tortured artists, and how they tug at our heartstrings. - featuring #Stay #CursedGods excerpt #amwritingromance

Welcome back, everyone! I feel like this summer has flown by. I can't believe we're almost in August. This year holds extra significance for me, because my little guy will be starting Pre-K in a few weeks. I've been a bit of an emotional wreck, not to mention a nervous mama with health and safety concerns. I... END_OF_DOCUMENT_TOKEN_TO_BE_REPLACED

How are you doing? It occured to me today, that a lot of people have been through the gauntlet so far this year. Some of you lost your jobs, others are affected by the ongoing turmoil in and outside America. I can't imagine how you're feeling right now, but I hope you take heart and... END_OF_DOCUMENT_TOKEN_TO_BE_REPLACED Today's #teasertuesday was brought to you by the those tortured artists, and how they tug at our heartstrings. - featuring #Stay #CursedGods excerpt #amwritingromance This won't be a secret for very long, so I'm sharing the side project I've had in the works for the past month. Some of you may be familiar with the romance novel I released shortly after Silver Hollow. Stay is a fantasy romance, largely taking place in a modern American metropolis. It's a love... END_OF_DOCUMENT_TOKEN_TO_BE_REPLACED