Piecing Your Novel Together

My beta and I were talking the other day about how-in-the-world to keep a long novel together. About a year ago I decided to stop putting off my plan to revise and re-brand Silver Hollow into a series. I thought I could get away with freshening up dialogue mostly, but the further I delved into the story, the more I wanted to do things I didn’t have the writing chops for six years ago. To challenge myself, I split the story up figuratively into five parts, each with a beginning, middle and climax. This way I would make myself constantly challenge the characters while keeping the story fresh.

I started a new document altogether, adding chapters I had previously written at the bottom for revision. Sometimes all it took was a simple tweak, slice and dice. Other times I realized the plot was lagging, or the dialogue wasn’t strong enough, or there just wasn’t enough conflict. So I started keeping a chapter by chapter outline, spelling out the simple details.

Here’s an example for my fellow visual nerds:

1 10yrs later: Meet adult Amie, sheltered, constantly nixing things on accident, writer, runs into Emrys on street & “rediscovers” her father’s amulet. After, Jo meets her at apartment and is suspicious but still a friend. After Jo leaves, Amie finds the 2nd Henry letter Emrys slipped between her papers and is shaken.

3 Mugged in the back alley of her apartment building downtown by a stranger, stabbed in chest and dying. Emrys shows up and she sees a magical battle for the “first” time. Emrys heals her wound, bridging a connection between them. Leaves Amie shaken enough to leave a hasty note for the twins & packs a small bag to go to the airport.

4 Terrified of nixing the plane, Amie tries to keep calm, ignore unwanted advances & thinks she glimpses Emrys on the flight. After, takes a taxi (again glimpsing Emrys across the street), to the train. Quick dream sequence of Arthur chasing her in the gardens, waking to fancy train. Emrys shows up, saves her life again and they jump off the train before it explodes.

What started out as a fairly good idea became vital to my writing process somewhere in the muck of rewriting Part 3. Some of this is my fault, for trying to write more than one book at a time. Last year I was working on Bound Beauty, Tamn, She Walks in Moonlight revisions, Angel Blue, and Silver Hollow.

Okay, yes… But I learned from the error of my ways, I swear.

Multitasking, while an admirable quality, isn’t always constructive to creativity.

Sometimes we need those agonizing weeks lost to the throes and woes of a book we’re trying to do justice. If we’re really lucky, we can write one book, revise another and publish a third. But those are the rare good moments, and in my case, the days when I didn’t have a toddler to chase around during the day, or a job I was devoted to.

My trusty beta, Melissa has been walking the Silver Hollow rewrites with me, since I made my grand decision last year. So it’s been some time since we were focused on Part 1, or even Part 2. Even though I’ve shared my outline, nearing the end of Part 4 we are both crossing our fingers and hoping this all clicks in the end. Not a great strategy, unless you’re part “pantser” like me. I know what feels right for my characters part to part and my big hope is once I tuck in that Epilogue, all the hard work and detailed notes.

Just because you were meticulous in the crafting of your book, even if it’s a new edition, doesn’t mean you shouldn’t revise your revision. Always revise your revision. Don’t just throw a book out there to the world without double proofing. Because there will always be mistakes you and your beta make, words even your gifted editor misses. Because we’re all human and all prone to err as they say.

Now on with the show…

My hope in utilizing this different writing process is finding a way to keep a long narrative together that works for me. So, hopefully something I can repeat for future, longer projects. (How George R.R. Martin writes his behemoths I will never understand…)

Silver Hollow has always been my longest novel. It was long originally because I was so green about the gills that I didn’t understand the importance of pacing. I was too focused on the magic and wonder of the world I was discovering with Amie and sharing every nugget of that beauty with you. Now that I have an older, more clinical literary eye, I have a better sense about what works and what doesn’t.

So what if you don’t have that sixth sense developed yet?

There’s probably more I’m not thinking of, but hopefully that helps you keep track. I make a lot of lists. Lists can be your friend too. Simple sentences, straight to the point will help you see the strengths in your chapters. Books are full of “moments.” You want a strong beginning, middle and end in your novel, but don’t forget, every chapter is its own story. Every part is like an “episode” of the whole narrative.

I like for my characters to grow and learn things about themselves in each part. You don’t want your chapters full of nonsense and random wandering. Give everything a purpose if you can, even seemingly meaningless detail. “Set your stakes” as my beta often reminds me. Make sure it’s spelled out for both you and your reader. While you don’t just want to “tell” everything to your readers, there are ways of sneaking the important things along the way. Books are interesting because they take characters often from ordinary circumstances and puts them into the realm of extraordinary. As writers, we take our own life experiences and twist and reshape them into our characters. Our own big “moments” in life change and challenge our worldview and the way we look at ourselves. Allow your MC and secondary characters the same chance to change. 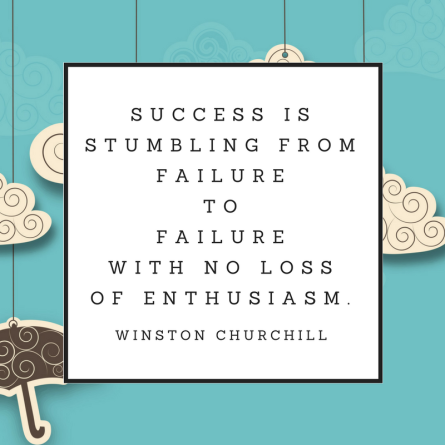 “Six Unrealistic Tropes and How to Avoid Them”– with Mythcreants

“How I Relaunched My Annika Brisby Series” – by Author Emigh Cannaday