Today is the last day for the Scarred Beauty Cover Reveal Giveaway, hosted by the ever lovely, Prism Book Tours! I wanted to share Najla Qamber Design’s Cover Art again because it’s so lovely to look at! 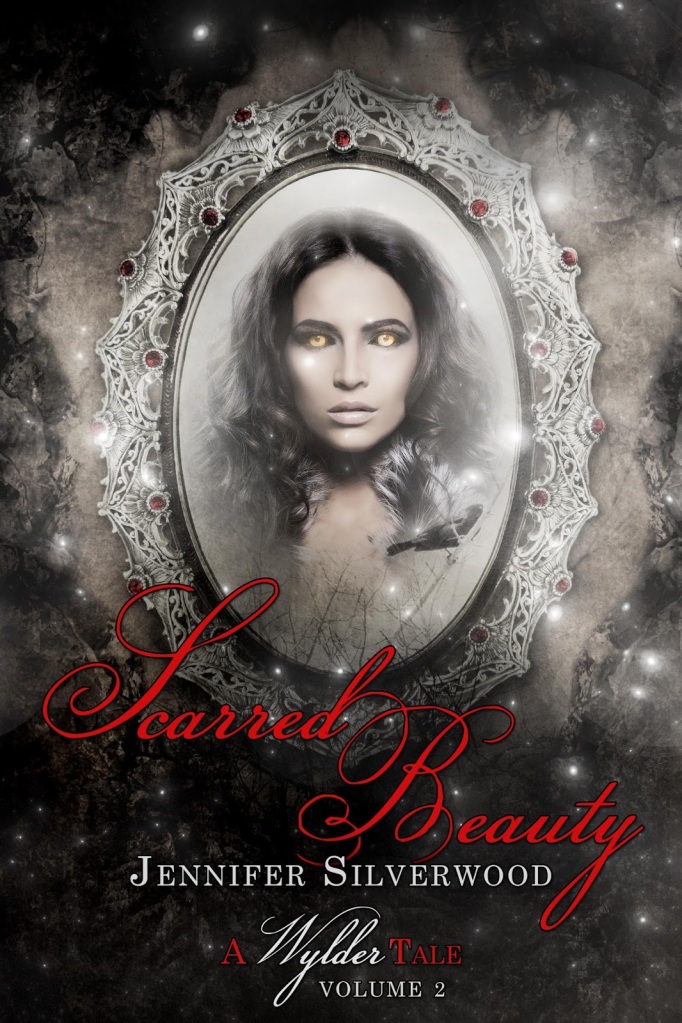 It’s been wonderful seeing how many of you took part in this reveal & shared with your networks! I wouldn’t be where I am today without my fellow readers & bloggers. It’s because of you that I’m able to make my dream a reality. Hopefully I’m able to give some of those dreams back through my stories, or encouragement. So thank you, and enjoy today’s teaser!

The wolves village was ringed by the greater forest and the mountains beyond this and the rush of a nearby river sang in her ears. Shivers slipped down her spine as she thought of the deadly plunge she and Rrolthoz had taken into the Silver River. Wolfsbane had warned her the waters were full of majik. If the nearby river was the Silver, it was a wonder the wolves should choose to build their home so close by.

She twisted back around to catch the twins trailing her a few safe steps behind and wiggled her clawed fingers at them. Ceddrych’s small cottage sat snug against the forest edge, a little apart from the houses across from them on the main path. She wondered why he should choose to live separate from the others, and if it had something to do with his status in his “pack” as he called them. The house was built with curves rather than corners, out of a dried brown substance and the thatched roof met at a high point where smoke escaped the air vent.

When she turned to take in the snow laden path, the houses several paces across and further down, she noted a similar pattern in their build. Yet where Ceddyrch’s house was almost primitive and small, the others were often larger. Some houses had been added onto, other half circles connected to the main home. And almost all the other houses were covered with paintings in red ocher and sulfur yellows, rich berry blue and smatterings of violet. Rather than cover their houses in lifelike images like the castle tapestries, the wolves had painted the patterns of the forest on their walls. The veins of leaves and shades of dawn and the trail of invisible vines gave a natural pattern to their colorful homes.

Shade from the overhanging thatch roofs kept most of these paintings in shadow, but the sun offered an occasional glimpse of their brilliance, and evidence that these paintings were very old. That they brought this small piece of beauty to their harsh world tugged at something deep in her chest, the same need that drove her to her mother’s roses.