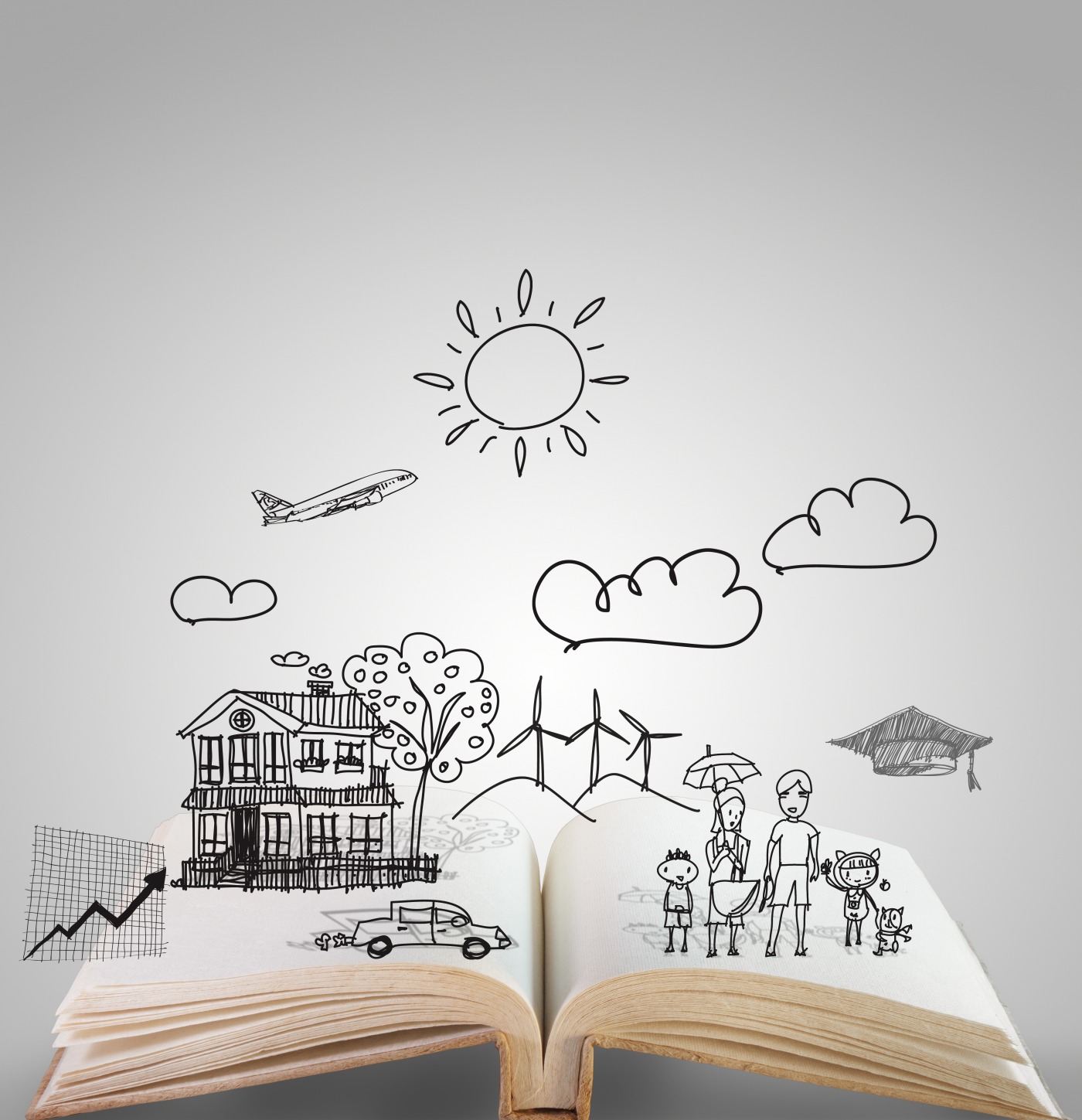 As an author, it means the world to me anytime someone takes the time to comment about or share my books. Which is why I wanted to help participate in Bookish Indulgences International Author’s Day blog hop. I’ll be focusing on five of my fellow Indie authors & their books. At the end, I hope you’ll have a gander at their links and join them as they pen new adventures. Happy International Author’s Day!

Into the World of Indie’s

In 2012, I decided I was ready to publish my first novella and novel independently. The Indie movement was still in full swing, and stepping into that world was overwhelming to say the least. These five authors welcomed me into the fold and didn’t hesitate to pass along their experiences.

She’s the author of The Frey Saga, Bound Trilogy & new King of Ash and Bone series. I first discovered her through Frey back in 2012, while perusing the “free” category on Amazon. At the time I was looking into independently publishing myself and was fascinated by the growing popularity of the “Indie Author”.

Here is a snippet about Frey:

Unaware she’s been bound from using magic, Frey leads a small, miserable life in the village where she’s sent after the death of her mother. But a tiny spark ignites a fury of changes and she’s suddenly being hunted by council and forced to rely on strangers for protection.

The farther she strays from home, the more her magic and forgotten memories return and she starts to suspect the band of strangers are not what they seem. They help her find her rightful place and destroy the bonds, but securing her future might be more than she can do with magic alone.

Probably the most awesome thing about Melissa Wright is her relationship with her fans. I didn’t think she would reply back when I messaged her via Goodreads. I wanted to thank her for how fantastical Frey was and asked for a tidbit of wisdom she might be willing to pass on. She not only replied, but continued to help me navigate the wide world of independent publishing. Having read all of her books, I can honestly say she has a gift for writing action-packed stories with a large cast of fleshed out characters. Melissa writes fun fantasy, when it comes down to it.

As a fan girl, I flipped out when I learned she was planning to release a brand new, fourth volume in her Frey Saga, Venom & Steel. If you haven’t discovered Melissa Wright yet, check out her website and find out why so many people are in love with Frey.

She’s the author of Marina’s Tales, my first Indie book purchase. If you love mermaids and chick lit with a little action then this is the series for you. Derrolyn is also the author of the Athena Effect Series and is an accomplished painter. If you haven’t visited her portfolio on her website, seriously click on the link and prepare to be dazzled!

As Marina’s Tales was my introduction to Derrolyn as an author, here’s a snippit:

Marina is a privileged girl who’s had an unusual upbringing. Traveling the world with her scientist father, doted on and spoiled by her wealthy and glamorous neighbor Evie, Marina’s life seems perfect.

Everything changes in the summer of her sixteenth year when she is sent to live in the with her Aunt Abby and cousin Cruz in the lovely seaside town of Aptos, California…

Through the years, this author has been generous with her her wisdom and time. The thing I love most about Derrolyn is that she’s a renaissance woman. Not only does she run a small business with her husband, but she is a painter, a graphic designer and an artist. Derrolyn in particular has a gift for drawing you into the worlds she creates. Her characters can seem larger than life, but definitely of this world. Her heroines are the type of girls you wish were your best friend and the heroes are swoon-worthy. Of her series thus far, Marina’s Tales are my favorite and perfect for your next summer read. Visit Derrolyn’s website to learn more!

Here is a little about Frost Arch:

In a future where ignorance has destroyed the world that we know, humans are slaves and Mages – advanced beings with abilities beyond everyday reach – rule the land.

Avalon is one such Mage. Barely eighteen years of age, she wields the gift of fire yet she is unable to control it. She leaves her family in the dead of night and heads to the city of Frost Arch, her future seemingly grim.

Will Avalon be able to overcome the trials that befall her? Will she be able to save the ones she loves and stay strong within herself? Time will tell.

Kate Bloomfield is a talented designer and author, with a gift for writing stories that push conventional boundaries. Not only is she from Austrailia, which immediately makes her awesome, but she is the kind of author I aspire to be. She makes her own book covers, book trailers and connects with her fans. If you love high fantasy and paranormal romance, you will love Kate Bloomfield.

Kate is probably best known for her Frost Chronicles but I first discovered her through her Beauty & the Beast retelling, The Curse Girl.

Check out this snippet about The Curse Girl:

When Bee is imprisoned in a magical, cursed house because of her father’s selfish choices, she has just one plan… escape! But she must solve a riddle and help her fellow prisoners break the curse that binds them all before she can leave, and that is proving more difficult than she originally thought thanks to the bitter young master of the house, Will.

Will wants nothing to do with Bee or her help (and he certainly isn’t planning on falling in love with her), but he might have underestimated just how determined and clever–and irresistible–she can be.

As with the previous authors mentioned, I contacted Kate Avery Ellison soon after finishing The Curse Girl. And like the other fantastic authors mentioned here, Kate was more than happy to share advice. Since then I have continued to read her Frost Chronicles and review when I can. Her worlds are immersive, occasionally bleak, and blissfully fantastical!

Krystle is the author of paranormal urban fantasy series, The Red Sector Chronicles, a fresh take on the vampire genre. But my favorite is her two fantasy novels, A White So Red, a retelling of Snow White and Veiled Innocence.

A little about A White So Red:

Take back what is yours.

Seventeen-year-old Snow’s life changed forever the night her stepmother, the Queen, sent her huntsman to cut out her heart. Fleeing for her life, Snow runs to the Silver Forest,  and begins an adventure she could never have dreamed. With no one at her side but a rowdy band of carnivorous dwarves and an arrogant prince who’s too handsome for his own good, Snow must confront the challenge that’s been laid before her: Kill the Queen, and take back the kingdom that should have been hers.
But if she is to succeed, Snow will have to tap into a powerful, ancient form of magic, one that may have been sleeping inside her all along.

Krystle Jones moonlights as a voice artist, something that is still collecting dust on my bucket list. When I asked her about this she was happy to share the inside info about voice acting and writing. On top of voice acting and writing, she is also an award-winning flutist, which makes her another renaissance woman. Her books are full of spunky heroines and dashing heroes with more than a helping of magic. You can visit her website to learn more. 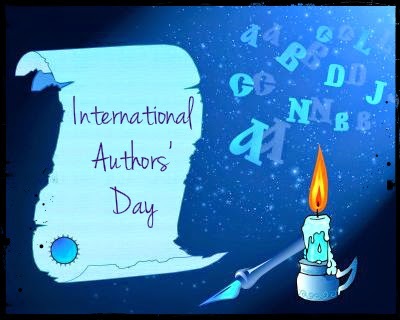 I hope you discovered some new authors and new reads today! There are so many I could have added to this list. I wanted to honor my fellow Indie’s today because of the hard work and effort you do. Almost all of the lovely ladies mentioned above are talented in many ways, but writing is their passion. I hope you take a few moments to share in the worlds they have created and leave them an encouraging word or two. Your reviews and encouragement mean the world.

As part of International Author’s Day, I’m offering any of my Ebooks for FREE from today through the eighteenth. All you have to do is write a comment below, and then fill out my Contact Me page with your e-mail, and which of my books you would like. Happy Reading!