It’s the last day of the Silver Hollow review tour, an I’ve had an absolute blast this week. Apologies for spamming y’all’s inboxes with so many posts, lately. After this week we’ll go back to the regular schedule (crossing my fingers and praying for extra inspiration to share soon!). I’m excited to jump into Blackbriar Cove, and anyone who has followed me a while knows what that means: teasers! I hope you’ll hang out with me here for the next few months as I piece Blackbriar Cove together. Meanwhile, enjoy today’s tour stops. Be sure to leave comments and share if you have a moment. Feedback means so much to bloggers and I’d love to give back to them as much as I can. Thanks again fantasy avengers!

For those who missed the beginning of the tour: Every day this week, I’ve shared the links for the day so y’all can get in on the action and see what people are saying about #SilverHollow. Oh, and don’t forget to enter the giveaway while you visit these lovely bloggers. Likes and shares are more than appreciated, they deserve virtual hugs. 😉 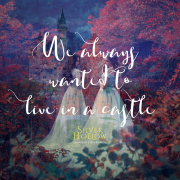 After her parents’ car crash ten years before, Amie Wentworth trusts books more than people. She may be a writer, but she believes in reality over fiction. She ignores the unexplained mysteries surrounding her, never mind the dreams of a past life, or the fact she can fry technology with a touch. Not even a timely invitation from her long-lost uncle in England gives Amie incentive for anything other than ire.

Until she is stabbed in an alley and brought back to life by a handsome stranger. Soon Amie is dragged into the very sort of tale she is used to selling. To make matters worse, the man who saved her life keeps turning up and her would-be-murderer is still at large.

After crossing the Atlantic to her father’s homeland, she discovers a world beyond imagining. Silver Hollow is a place of ancient traditions and supernatural dangers, where everything is the opposite of what it seems and few escape sane. Faced with an impossible choice, Amie is forced to confront a deadly family legacy while remembering a life she soon wishes to forget.

Add Silver Hollow to your Goodreads In a single night of madness, Amie won the battle and lost the two people she loved most. As she struggles to be the queen her people need, her family band together against the hidden threat at their borders.

Haunted by the ghosts of her past, Amie strikes a pact with an ancient being called The Storyteller. In order to see Emrys again, they must put aside their blood feud, and cross the veil to a place of spirits and monsters.

Blackbriar Cove is a land where superstition and chaos reign, and spirits plague dreams. A dark curse has twisted the Unseelie who once lived in the home the Blackbriar twins vowed never to return. But death is not the end in Silver Hollow, and the war for the Borderlands has only begun.

Add Blackbriar Cove to your Goodreads