Buckle your sword belts, don your capes, and get ready to join me on an epic ride into a world of good vs. evil, gnomes, pegasi, gargoyles, and more!

This was exactly the fun read I needed, and a wonderful break from Stephen King’s The Stand. More on my Spooky-Month reads later 😉

Today I’m excited to introduce you to Award-winning author, Michael Scott Clifton and the magic behind Escape from Wheel.

CONQUEST OF THE VEIL: BOOK 2

Scroll down for the giveaway!

Alexandria Duvalier’s new life on the magical world of Meredith takes a shattering twist when her father, the Duke of Wheel, pledges her hand in marriage to the cruel lord, Rodric Regret. Desperate to escape his clutches, Alex flees the city with the help of her friend, Tell Tollet, a handsome lieutenant in the city guard. But their freedom is short-lived when Rodric’s brutal brother, Stefan, joins in the pursuit.

Hotheaded Prince Tal, heir to the throne of Meredith, has but one goal: kill the Dark Queen and destroy the Veil, the enchanted barrier which has ensnared generations of his people. He discovers a breach in the magical wall and leads an army through, bent on completing his mission.

When an unusual and potent magic calls to him, he follows its trail back to Alex. Thrown together by circumstances and chased across the wilderness by the ruthless Lord Stefan, Tal and Alex are drawn to each other by the greatest magic of all—love. Now they just need to stay alive . . .

In a world where magic has prevailed over technology, man and magical kind are locked in a desperate fight to overthrow the dark king and queen of the Veil. Two teens are the only ones powerful enough to stop them, but the villains always seem to be one step ahead, and time is running out. If the forces of good can’t rally together soon, their world will be locked in darkness forever. A beautifully bombastic epic fantasy by award-winning author, Michael Scott Clifton, Escape from Wheel is an adventure you won’t want to miss.

Welcome to the Duchy of Wheel, where Mona, a plain teen from East Texas, has switched bodies with the Duke’s only daughter, Alexandria. Alex may have slipped into what she thought would be a better life, but the Duke’s second wife has nefarious plans in motion. Unless Alex can outwit her step-mother, she’ll have no choice but to marry (be sold to) the evil Lord Rodric Regret. Did I already mention this novel is a little bombastic? At first, I wondered if I was reading a satire, but the more I read, the more I was surprised by the deeply poignant moments peppered throughout Clifton’s epic sequel. There are moments that brought me to tears, brilliant fight scenes that had me on the edge of my seat, and an underlying message about the things worth fighting for.

Reading Escape from Wheel felt like binge-watching episodes of Hercules or Legend of the Seeker. Some of the dialogue is hilariously melodramatic, namely, just about every line that comes from Lord Regret’s mouth. I love a well-written villain, and the baddies of Clifton’s story so clearly love being evil, their scenes were pure fun. Our heroine, Alex is no Xena, but her magical counterpart, Prince Tal has all the battle skills and know-how to help Alex find her way. Have I mentioned how much I loved Hercules and Xena growing up? Clifton’s epic fantasy has gifted me with a fun dose of nostalgia and was an unexpected but welcome reminder of how enjoyable fantasy can be.

Of all Clifton’s colorful cast of characters, I found myself loving the side characters most. I won’t spoil too much for you, but oft-drunk professor Artemis Thurgood, the noble (and badass) guardsman Tell, and former weapons-master Pandathaway, the gnome, made the story for me. I didn’t expect to like Alexandria (formerly Mona) very much, as she occasionally toed the line between Mary Sue and taking charge of her own fate. Thankfully, the author allows Alex to be a confused teen, but also a thinking young woman. She wasn’t my favorite character, but I kept wanting to read to follow her journey and discover the answers she sought, nevertheless.

In an unusual twist, I chose to read this new series out of order because I wanted to see if I could infer enough to enjoy Escape from Wheel as a standalone. Thanks to Clifton’s skillful storytelling and compelling characters, this was most definitely the case. While I’m typically drawn to dark instead of lighter fantasy, I appreciated the worldbuilding, the magic, and the heart Clifton poured into his novel. Escape from Wheel is pure escapism in a time when we need stories about hope and love the most.

**I was provided with a copy of Escape from Wheel by the publisher and this is my voluntary and honest review.**

Multi-award-winning author Michael Scott Clifton was a longtime public educator as a teacher, coach, and administrator. Professional credits include articles published in the Texas Study of Secondary Education Magazine. He currently lives in Mount Pleasant, Texas, with his wife, Melanie, and family cat. An avid gardener, reader, and movie junkie, Michael enjoys all kinds of book and movie genres. His books contain aspects of all the genres he enjoys: action, adventure, magic, fantasy, and romance.

His fantasy novels, The Janus Witch and The Open Portal, received five-star reviews from the prestigious Readers’ Favorite Book Reviews, and he has been a finalist in a number of short-story contests, with “Edges of Gray” winning first place in the Texas Authors Contest. 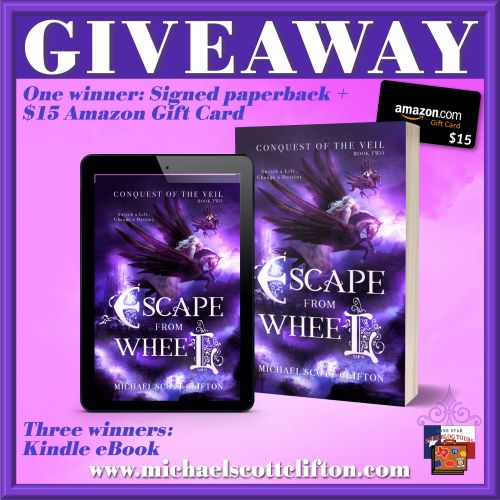 FOR DIRECT LINKS TO EACH POST ON THIS TOUR, UPDATED DAILY.

Or, visit the blogs directly: 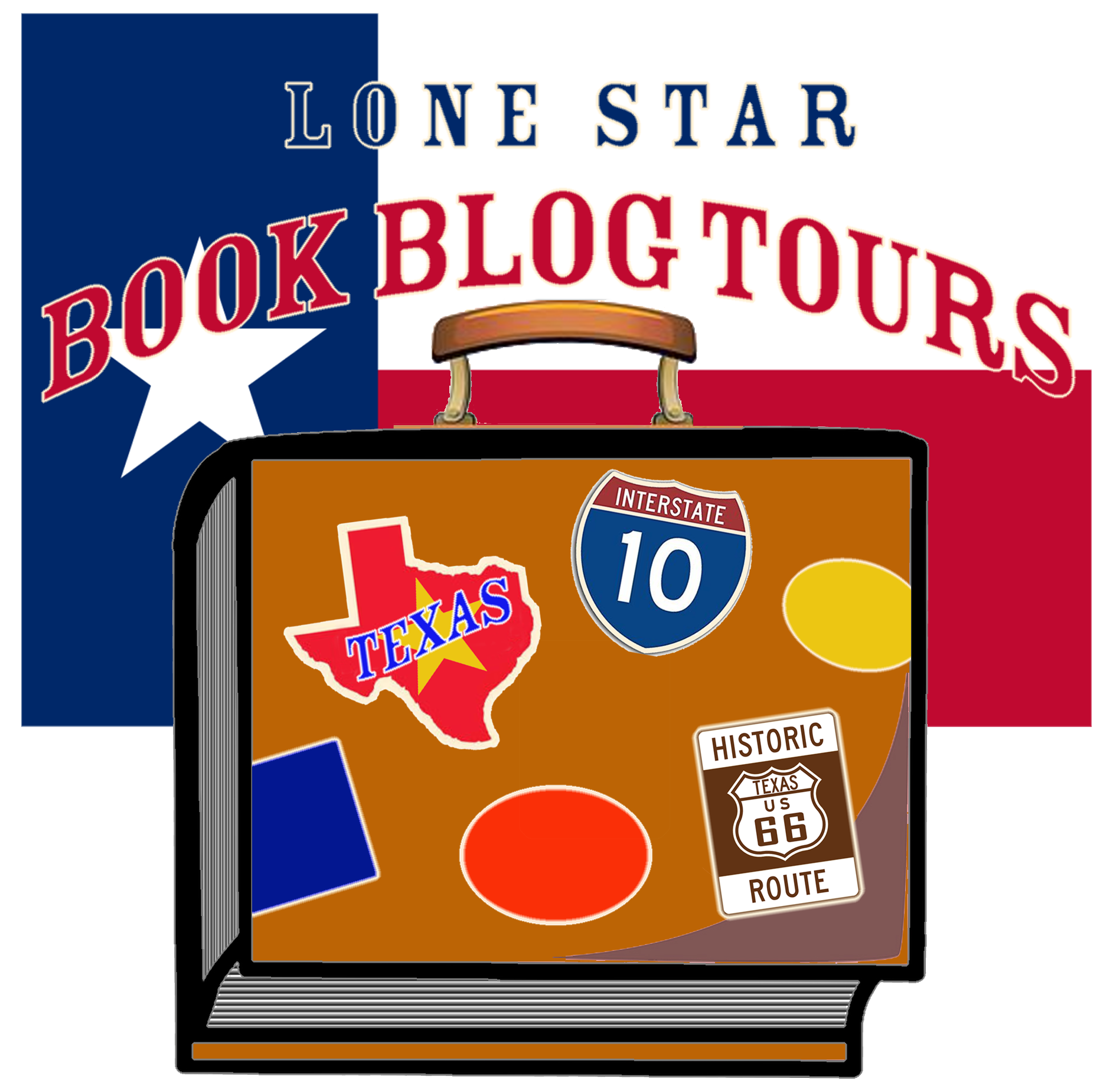