Today’s teaser comes from revisions to a little project I’ve been working on the side with Jessica Augustsson. Stay tuned for future posts about this special anthology! 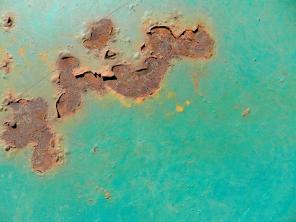 The little girl who named me sat on her stool and pressed her hand to the wall, where my hand pushed through. Our fingertips brushed together. A smile crossed her too solemn face.

“Una? Why don’t you come out of the wall and meet my mommy and daddy? I tried telling them about you again and they told me to start playing a different game. Why won’t you meet them?”

Pain pricked my solid heart. Ever since the day she started speaking to me it had begun to beat more steadily again. “I cannot fade away. The walls are my home.”

Confusion and frustration crossed her miniature features, a smaller prettier version of her mother. “But Una, how will we ever really go to England together if you can’t leave home?”

“I cannot fade away.” I didn’t know how to be solid like the others. Every time I had tried, whatever tied me to the walls closed a tighter grip round me instead.

“No!” She pushed away from the wall, stamped her foot. She was angry with me. I couldn’t blame her. “Una, you just haven’t tried hard enough! Why won’t you try?”

Before I could open my mouth to answer, her mother entered the room with fear in her eyes. “Adele, darling, who are you talking to?”

“I’m talking to Una, mother. Can’t you see her? I want her to come out of the wall and move with us, but she won’t try like she promised!”

Mother smiled and glanced my way with some amusement. I always wondered what would happen if Adele’s mother actually tried to look. Even now as she knelt onto the rug and took her daughter’s hand in her own, she saw with unseeing eyes. “I think…maybe I can see something.” She pretended to stare and I desperately wished she would want to see. It wasn’t the first time I found myself wishing it was my hand Mother was holding too. I wished in vain.

“No! Not without Una!” Adele kicked and hollered until Father came rushing upstairs and into the bedroom.

“Do not argue with me this time, Adele!” he shouted, “We’re leaving now.”

“Harold!” Mother cried, pulling at his arm in vain.