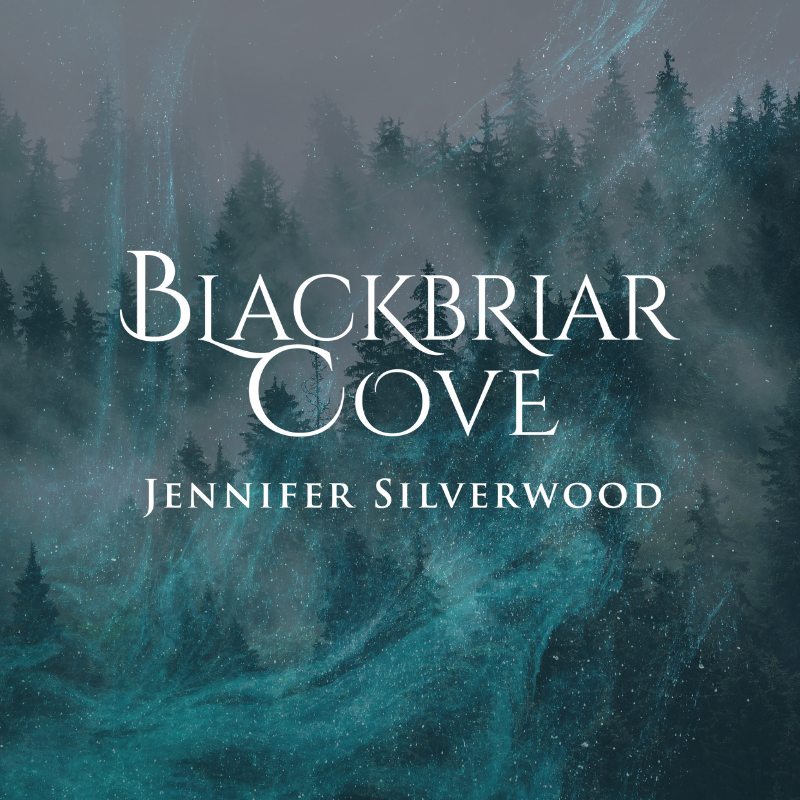 How are you doing? It occured to me today, that a lot of people have been through the gauntlet so far this year. Some of you lost your jobs, others are affected by the ongoing turmoil in and outside America. I can’t imagine how you’re feeling right now, but I hope you take heart and courage in knowing you’ll pull through this. You’re stronger than you know, and you aren’t alone.

Part of the reason I fell so heavily into reading and writing, was for escape. I’ve always found it easier to venture to other places and times in my head. The terms rose-colored-glasses and head-in-the-clouds come to mind. As a working mom, and a writer, I feel closer than ever to that fine line between make-believe and reality.

Today, I’m sharing another Blackbrair Cove Tuesday Teaser! I hope you are able to find escape for a few minutes today. Let me carry you with me to a world of magic and danger. I promise to deliver you safely back to reality when we’re done. 😉

Today’s episode was brought to you by annoyingly omniscient goblins everywhere.

*major spoilers for silver hollow below*

“You are coming with me, whether you like it or not, dearie,” he calmly insisted.

“For the last time, I will not.” Amie was no longer a child or a magically suppressed half-human, but she was not above stamping her foot in want of a better outlet for her frustration. It was either that, or her hands were going around his neck.

“And I say, you are weak enough right this moment, even Arthur could overtake you.” Grim arched a single brow, feigning frustration but for the telling twitch of his full lips.

“Oh, kip your chide,” Arthur called without pausing his careful polishing of Excalibur. “Jessie just needs time to recover her strength. We should not push her.”

Amie rounded on her grandfather, hands on her hips. “You agree with him?”

Arthur winced but still nodded his head. “Aye, you have seemed a mite… poshumicked, since we came through the gate.”

Amie closed her eyes and pretended they didn’t also have an audience of skinwalkers casually pretending to go about their business nearby.

“Well? Contrary to popular belief, I do not have all day to cater to your whims, Majesty.”

Amie pushed aside her worrying emotions and directed her ire at Grim. “Oh, yes, it’s such an inconvenience, you’ve been going out of your way to give me magic lessons for a year, now.” She lifted her chin at the last, proud that he looked away first. True, it was to roll his eyes heavenward, but that was beside the point. Amie was done pretending she didn’t matter to Grimwich Rumplekin.

Creator knows why, though.

Grim huffed and then shook his head with what could only be a fond expression as he casually walked towards her. He was all elegant grace and power rolled into one combustible star, this man. His power was oddly soothing to her ruffled senses. He stopped when he was close enough to reach out and touch her if he wanted. As they stood, Amie still felt his nixy wash over her, the same as hers normally would him.

She frowned as she tried to find that inner spark, to see in the way Emrys had once taught her. But that spark was gone, eclipsed by shadows. For the first time since the night she’d first given into Emrys, Amie was afraid.

“Are you ready now?” he quietly asked. Anyone who saw them would think him nothing but a snooty golden prince, with his brown skin aglow in the afternoon light, and his golden eyes alight with superior knowledge.

But they had spent much time gazing at one another through a mirror, as she sought to understand the complex rules of magic as Grim understood them. To her horror, she recognized the concern behind his mask. She even smiled faintly as she nodded.

Grim’s smile beamed and might-as-well have blinded her in its sincerity. He was beyond pleased she accepted so easily after their previous fight. He had her hand tucked into his arm and was leading her away before she was half-aware. Not until her grandfather’s affronted call after them, “And just where are you carting her off to, Rumplekin? You know I will not allow you of all beings to abscond with my grandchild.”

“Suit yourself. I supposed the pixie’s coming too?” Grim chuckled, but there was none of the venom that might have previously tinted their conversation. To her great astonishment, Amie realized they had a… rapport now, as between allies.

“Puck most certainly is not,” Amie hissed, tugging at Grim’s arm.

The pixie in context happened to alight from its hiding place in her grandfather’s beard to shake its fist at Amie.

“No, and you cannot convince me otherwise.” She stamped her foot again, though she hardly registered the childlike reaction as she argued. Puck flitted closer so Amie could clearly see the skepticism replacing its former rage. She tried for a soothing tone. “I need you to stay here and hold the others off if they come back before we do. At the very least, a warning would be nice.”

Grim’s smile turned slyly up at the corners. “Clandestine meeting, then? Even better. Let the others return and stew on just what that blasted Rumplekin has their charge doing up the mountain.” He winked and Amie grumbled under her breath in the old tongue. “Shall we?” 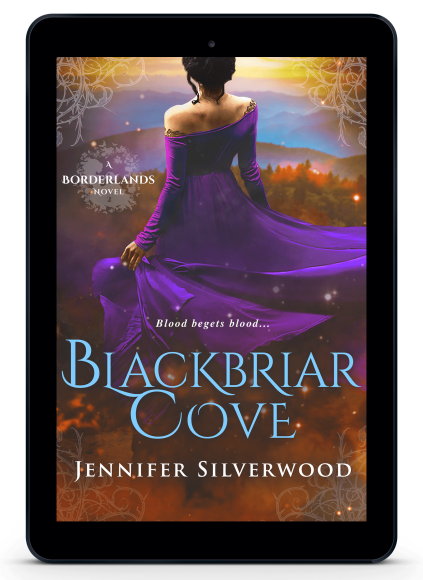 is available where eBooks are sold