Another week, another Tuesday Teaser! One of these days, I’ll be so organized I’ll post more on my page again for y’all. Meantime, I’m still trying to set my game plan writing and marketing wise for the rest of 2017. Can you believe it’s already almost MAY? The suffocating humidity outside makes me believe it. But while re-assessing my goals tonight it really hit me how quickly time has passed, also how little time I have for certain upcoming projects. As an Indie, I don’t have anyone breathing down my neck about book deadlines and the like. But sometimes, that makes it that much harder to squeeze in solid writing time. Anywho, more about writing in my next blog post. You came here to read more New Silver Hollow, after all!

As I mentioned before, I’m revising and recovering my first full-length novel, Silver Hollow this year. Silver Hollow released in 2012 and being my first book baby is riddled with all those things that make me cringe, five years and four books later. I’m not changing too much besides the glaringly obvious weak plot points. I will continue to offer the original format on my website and will give full-warning before the re-release. Also, as I drop teasers this year for the new edition, I’ll also share bits and pieces about sequel ideas. If you have any ideas of your own you’d like to contribute, now is the time, because I’m still in phase 1 brainstorm mode for sequels. 🙂

And now, on with the story:

He stood alone at the mouth of the open barn doors, as though he had only just arrived. He wore the same odd getup from earlier that morning, worn duster masking what surely must be a costume.

He’s either an actor or one of those weird role-playing people, she mused as she watched him scan the crowd. His hair was unkempt as ever, surrounding a square and unreadable, unremarkable face, though he stood easily a head above most of the gathering. There was something almost familiar about this strange man’s face.

Amie found herself rising from her hiding place, as if another force beckoned her feet. Rather than skirt about the edge of the crowd like she was inclined, she walked across the dance floor, ignorant of the couples spinning around her.

Suddenly, his black eyes fixed upon her and widened in surprise before a slow smile tilted the corner of his mouth.

Hot words sprung on the tip of her tongue, but froze with the rest of her motor functions. Indeed, Amie couldn’t bring herself to take another step, locked within that gaze. A sensibly angry part of her would have liked nothing better than to bridge the remaining distance and give him a piece of her mind. Yet the longer she stared the more she found herself thinking of things she would rather not…of her dead parents, of mysterious letters and interweaving Celtic knots.

A strange buzzing energy tingled beneath her skin and she clenched her fists.

The lights overhead crackled and burst then, showering sparks over the dance floor, raining gold between them. Amie blinked and time seemed to slow as the Britt’s mouth opened slightly.

She jumped when a pair of excited hands grasped her shoulders, spinning her off axis and the world shifted back into focus.

Faye’s golden face was before her, filled with worry. Amie frowned and looked around to find the bold familiar eyes had disappeared. The dwindling crowd had retreated and were pointing to the broken lights and glass covering the dance floor.

“There is glass all over you. Why didn’t you run like everyone else?”

“What?” Amie struggled to focus. “Run from what?”

Faye sighed from struggling to rein her exasperation in. “Ah, the random power surge?” Her hazel-green eyes narrowed in suspicion. “I swear, Wentworth if you jinxed my perfect party…”

Amie shuddered while Faye brushed her shoulders off. She had felt something but the moment was so surreal, she wondered if she were imagining the explosion. A dull ringing sounded in her ears still, in fact and Amie pressed a hand to her forehead. “Sorry, but I don’t feel so well. I think I need to go home.”

Faye shifted instantly into doctor mode as she pressed a hand to her cheek. “You do feel clammy. Did you eat anything besides chocolate, woman? You should stay the night here instead of driving home.”

“No, that’s fine…I mean, I’ll be fine. I just need to go home, get away from all the lights.” She blinked against what seemed a sudden, pounding glare, even though half of the barn was covered in shadows.

Faye released her, but not without calling after. “Okay, but you better be ready for me to come check on you in the morning.”

“Vanished, just like before,” she whispered and the memory came back to her with sudden cruel clarity. Of the funeral and a sea of nameless faces beneath a tent. She had looked past them all into the rain and he was there. Ten years ago, he had been there and Uncle Henry’s first letter had been waiting for her immediately after.

She ran to her truck, incensed with increasing fervor and nearly broke the key in her haste to wrench open the door. None of this was an accident or play of chance and she was through with waiting in the dark for the powers that be.

To learn more about Silver Hollow, check out the book page HERE or add it to your library today (Amazon 😉 Meanwhile, check out Najla Qamber Designs’ fun teasers she made with our “leading men”. This was back when the whole Team thing was, well, still a thing. I totally intend to find models who better resemble the Dearg vs. Emrys in my mind.

Who did you picture as Dearg and Emrys while you read Silver Hollow? Share in the comment section below! 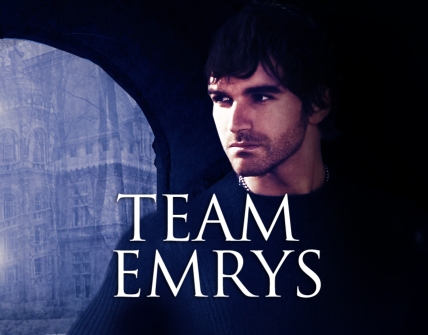